Well, it was that time of the year again. The “biggest night in music” [or as others call it “the RIAA industry circle-j3rk”] that is the Grammy Awards streamed through my friends PVR while I sipped the finest of $13 red wine & shared my thoughts with the Twitterverse.

We let the show pre-tape so we could skip the glut of detergent & beer commercials. If you weren’t so lucky as to see the comments stream by 35 minutes behind schedule We’ve put together a recap.

Given, I kinda like this little fella for reasons 3…
However, I can’t look at this picture and not think of two young ladies in love sharing chinese food before walking their dogs they treat like children. 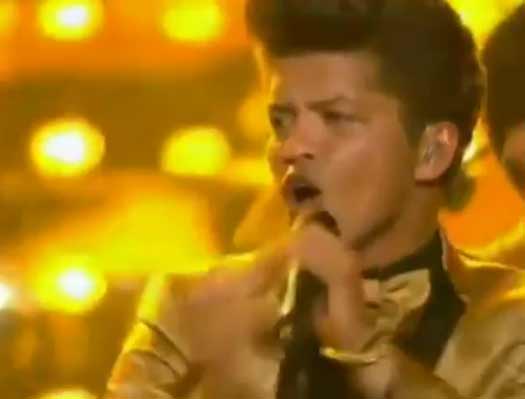 I know there will be some man-children mad about the Jack Black rip, but I just can’t handle that f_kr. Given, he’s probably sweating all over a stack of thousand dollar bills while we mock his “body of work“.

Not sure whut we talking about?

While Brian Wilson was looking a bit uneasy, Mike Love was casting a surf spell on the cameras and the crowd… 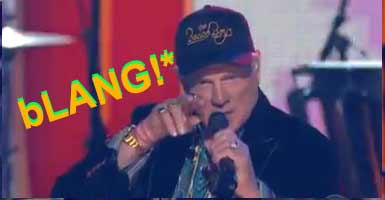 Uncle Jessie did not make an appearance, but Lady Gaga was struck by his mysterious voodoo ways. 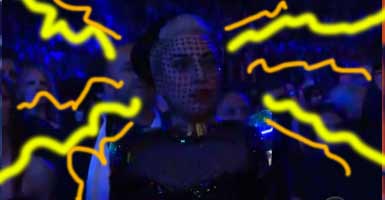 or She wuz Really high - discuss in the comments below

Bottom Line on this one: If you were too cool to watch the Grammy’s; you missed the Beach Boys Reunion.

You are an idiot.

It’s impossibly hard to deny the Beatles contribution to pop music. But does Paul McCartney really need to be busting his new shi~ out on the Grammy awards?

Being a legend though, our team of music experts suspect Paul just shows up and tells the organizers he’s playing. Since his publishing rights have paved their driveways in platinum, they have no choice but to comply.

Here’s a side by side of Paul & Betty white. 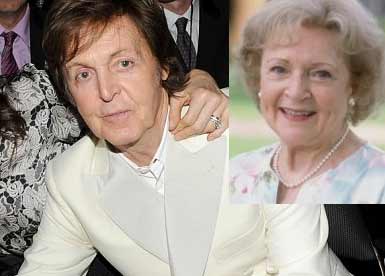 Hence, he gets to perform. Not to say that he isn’t a living legend, we just shouldn’t have to sit through a half hearted collab at every awards show.

Did he get a standing ovation?

At this point the show was dragging on a bit. More Paul McCartney?

We watched some PVR of the walking dead – it seemed fitting.

Well, here’s a rundown for you outsider music fanatics who don’t know the score.

Hopefully she can come through with a non-break-up record and keep doing well. Don’t get did like Marc Cohn.

A Retweet, 'cuz everyone else beat us to it

Seriously? They remembered the lives of record executives & greasy management but they forgot Etta James?

They could have cut a Chris Brown dance segment short to make room.

What did you think of the 2012 Grammy show? Talk sum shi~ in the comments.