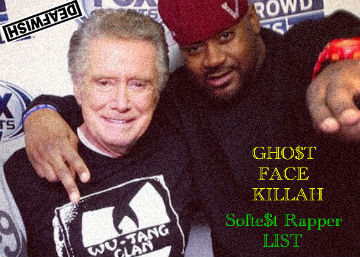 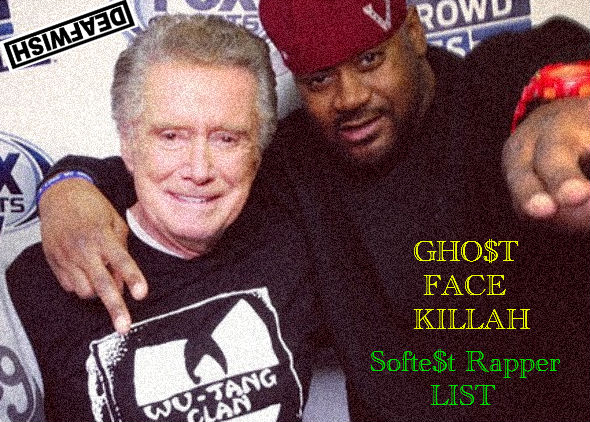 So, if ya’ll didn’t see; Ghostface Killah (aka Tony Starks) just released his Softest Rappers in tha Game List for 2013. This is the 3rd year he’s scanned the $cene to add his 2 cents of sense. Since it’s pretty long; I put together a few of the better moments.

I’ve always had a love/hate relationship with Drake. His music is painfully soft, but he’s doin’ it and bringing the spotlight up onto the Northcoast; buuuuut Tony don’t give a fuk. Clockin’ him in at both number 10 and #1; Drake is this yearz 2 time winner. In the #10 mention he hitz with a left, sayin’

when it comes to Aubs you are lookin at the most softboiled creature on Gods green earth yo. This n!gga$ music is so light in the ass that if you look real close at ya speakers when you playin his joints you can see tiny little heart bubbles comin outta em son.

Then he strikes with a wild combo in his #1 post, callin’ Drake out for bein’ conflicted….

First you got the Drake thats like the Taio Cruz of hip hop. The n!gga got the most bitchmade voice on earth so its not like it takes son much effort to go FAM (Feminine As a Muthafucka) on a track. But then you look again n the n!gga$ hollerin soo woo n twistin his fingers in all sortsa stupid ways while he takin a picture wit Jeezy. Then you hear the n!gga promisin to wife any broad that glances in his general direction in a song. Then theres Drake who dont give a fuck bout a bitch or a hoe. Then theres Drake who will snuggle up in a broads lap n fall asleep.

I was gunna go through and pull the examples of each one of those Drake’z but I didn’t feel like uppin’ his play counts 2 find them. Always one to be understandin’, Ghost provided a little insight into why he though Drake turned out this way…

First off this nigga had approximately zero male role models in his household to look up to while he was growin up. So it aint came as no surprise to his moms when son had a Jack Sparrow walk n stuck his pinky out when he held his teacups

Aside from lettin’ everyone know that Mr. Wheelz is super soft, he dropped a couple other pretty hawt burnz.

This little muthafucka jus refuses to let his career die wit some honor or dignity nahmean. 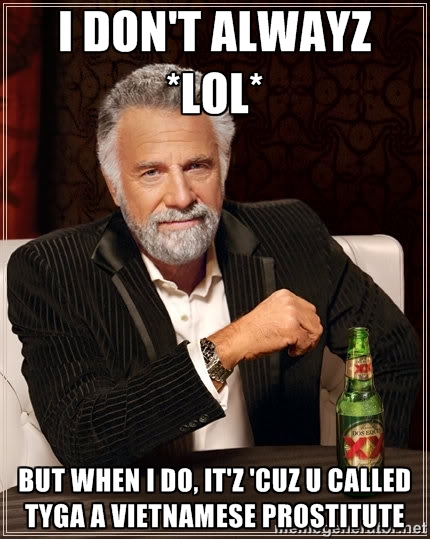 Now that we’ve done a $ufficient amount of shi~ talkin’ here’s some old skool music for u to enjoy.

Drop yer thoughtz in the commentz Below…..