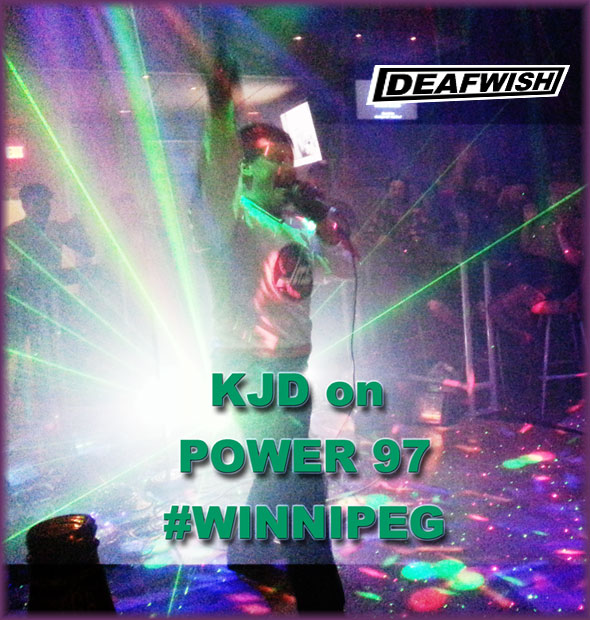 Kelly J Devoe made his first stab into tha mainstream this morning on Winnipeg’s Power 97 rawk radio station. The interview was put together as part of the promotion for his ongoing ‘in the round’ concert series at the Limelite sports central.

KJD sounded confident as he fielded questions about his music, beautiful ladiez and the best way to pay attention to the detailz. Take 5 minutes outta yer day, then start getting excited for tonights show.
.
..
…
…. ( ! )

————— ( ? ! ; )
…
..
.
If you’re in the market to check out the Devoe show but are too lazy to make much of an effort. Contact @yocvo about the DEAFWISH shuttle going from Osbourne Village to tonights event.

How did KJD do? Share your 2 centz in the comments below…