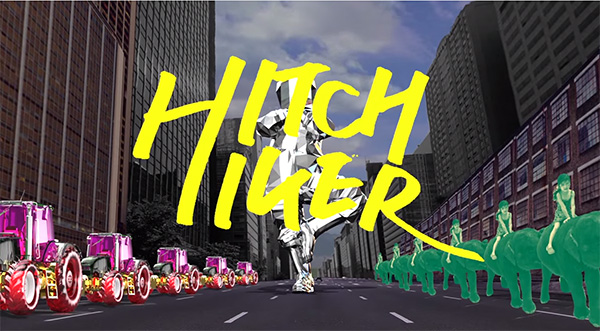 If you’re standing around wondering what the dance floor is going to do In the post Turn Down for What era, I’d suggest you direct your attention over the Pacific to Korea and take a look at composer HitchHIker‘s latest offering. The track is called Eleven (in english anyway) and packs a trapped out bass lines and a lead that is of no intelligible language. The visuals are so perfectly strange that I found myself unable to not watch the whole thing.

Since it found me just in time for the weekend, I recommend that you give it a look know so you can act all smug when your friends show you later.

In trying to figure out who exactly HitchHiker is, I couldn’t find much. There was an interview with a composer who goes by Jinu on Blogspot and this hilariously staged ‘origin’ video that I pulled up on Youtube.

Is HitchHiker a pseudonym for an already established artist? A perfectly plotted debut? Or maybe some sort of simon and milo level marketing stunt that is about to sweep the globe? I really don’t know. But that damn song is stuck in my head. What do you think?

87%
Summary: Korean composer HitchHiker (aka Jinu) drops the logical answer to "Turn Down for What" for the world's dance floors.
DEAF THREAT - 87%