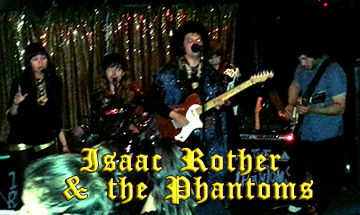 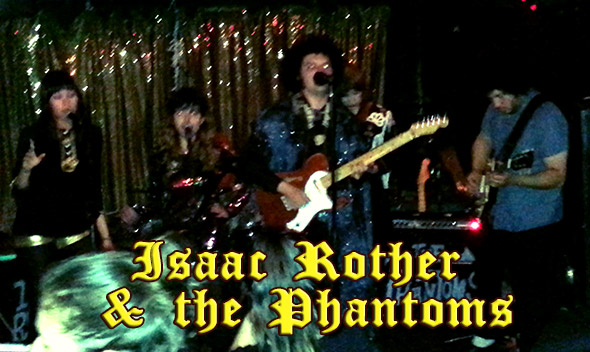 I’m in San Francisco at the moment and after a vegan power lunch with some self absorbed, diet restricted tech folks I needed a dive bar recharge. Fortunately, I’m a spread sheet assassin and with a little digging I found the Knockout.

Headlining the early show was Isaac Rother & the Phantoms – a 6 piece Los Angeles garage rock outfit with a flair for old school showmanship. The band hit the stage and struck the riff of ‘Put a Hex on Me’, which came complete with choreographed dance moves to bring out the sparkled out, cape wielding front man Isaac Rother. The disco ball spun and the only thing missing was the smoke machine.

Backed by the Phantoms, Isaac pushed through some whack sound engineering to get the crowd moving and the couples two steppin‘. Bass player Mikki Itzigsohn held down some heavy groove while guitarist Matthew Zuk & Isaac took turns pullin’ out guitar solos. The back up vocals & dancing provided by Veronica Bianqui &
Michelle Rose gave the performance rumblings of old school t-rex fun.

If you’re a fan of 60s garage like the Animals, Standells or the Sonics you should give this band a listen and check them out when they come through your part of the world.

Want to know when they’re playing next? Take a look at the tour dates on the official site.

Otherwise, feel free to give praise or talk smack in the comments section blow.