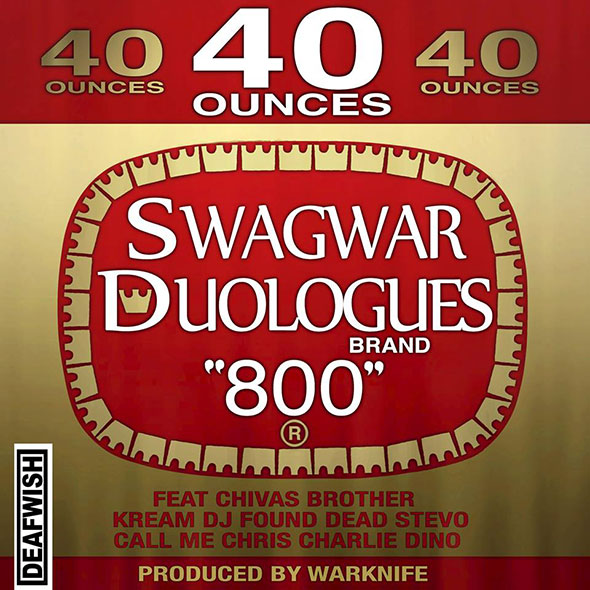 After months of recording and mixing in basements, bedrooms and studios DEAFWISH rapper $wagwar has released his debut mix tape. When’s he’s not putting out for a paycheck in the oil sands the swag-man has been busy putting together these 8 tracks. Produced in collaboration with long time bass master DJ Knife the tape features appearances by fellow northcoast emcees Kream, Steve tha Original, Chivas Brother and DJ Found Dead.

Like what you hear? Give $wagwar a shout out on Twitter or drop some praise in the comments below.