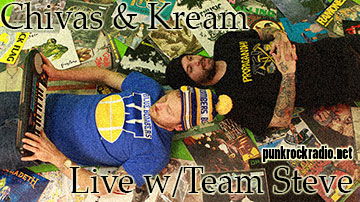 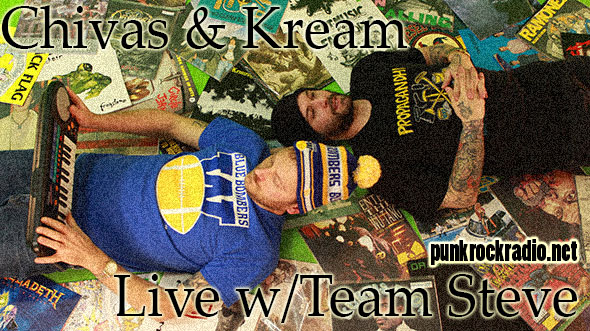 Team steve are back with Episode 5, and get down and dirty with Winnipeg’s own C’n’K as they spin the tale of two born punkers sperated at birth only to be reconnected years later as hiphop icons Chivas and Kream. The boys give us the low down on their Propagandhi NYE gig as well dish on their recipes for their DEAFWISH label debut LP “Secret Ingredientz”.

Sill hungry? … Chivas and brosif Kreamy whip up a brand new entrée titled “United We Stand” proving once and for all that Punk and Hip Hip can exist on one plate. Once again, another tasty PREMIERE brought to you by the one and only Team Steve!!!

Turn it on and Turn it up!