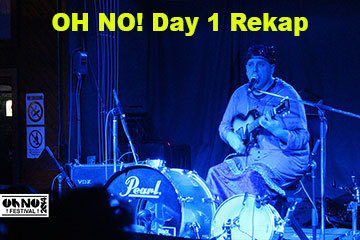 The O(h) NO! Festival is officially under way! We kicked if off last night with the crew from Eat’em Up records and bunch of awesome local rock’n’roll sounds. @yocvo was on hand to snap a few pictures and soak up the action.

The show kicked off with Atomic Don and the Black Sunrise kickin’ out dark surf numbers and Weezer worthy jams about all types of local subjects. They took a couple minutes to sing politics with the track ‘Brian Pallister called me an infidel’. 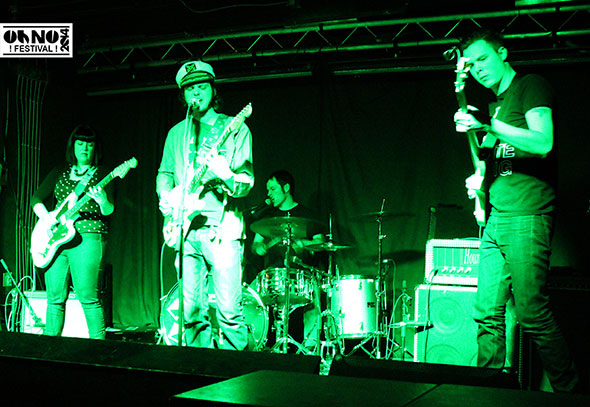 Up next was the ferocious woman wails of Chica Boom Boom. If you’ve never seen these two before, their style screams grungy duo, with one member playing guitar and kick drum and the other playing bass guitar and tambourine. 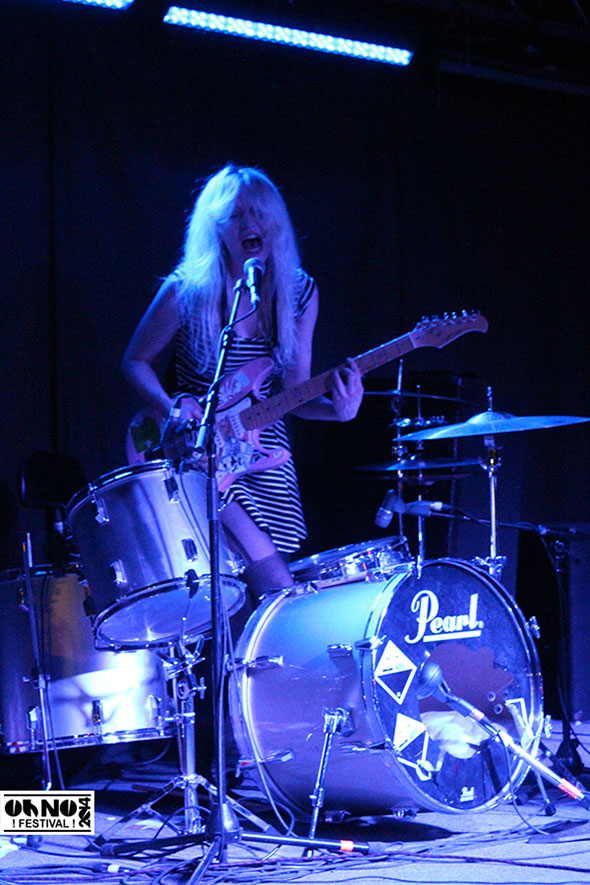 From there, the ladies were joined by local guitar terror Joe to form the fabulous train wreck of rock known as the High Thunderers . 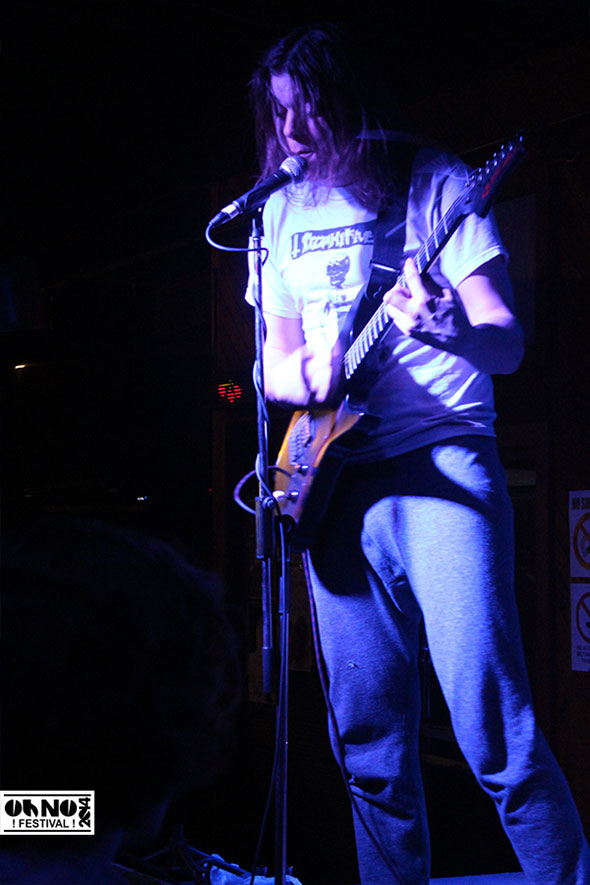 Joe hit the stage hard as always and made the point that norm core fasion was here and happenin’ on the NORTHCOAST. He seizured into his normal guitar antics managing to avoid the spill of broken glass left in his trail. The rhythm section just held it down and did their gig. 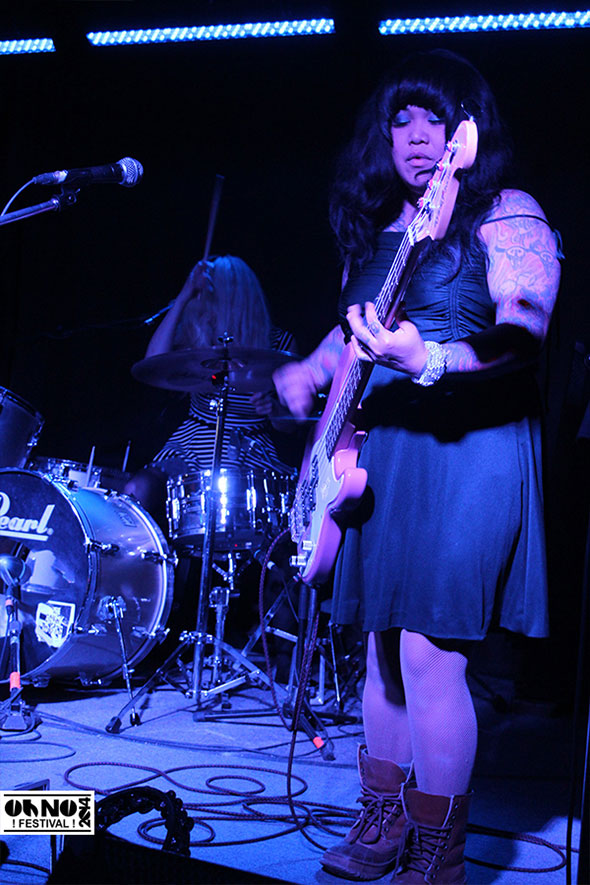 At this point it only made sense that we put the brakes on the music and hand out the O(h) No award to one of the people who help make great shows like this possible. Jon Mayo was adequately awarded the trophy for Best Door or Security Person in a 500 person or less venue. 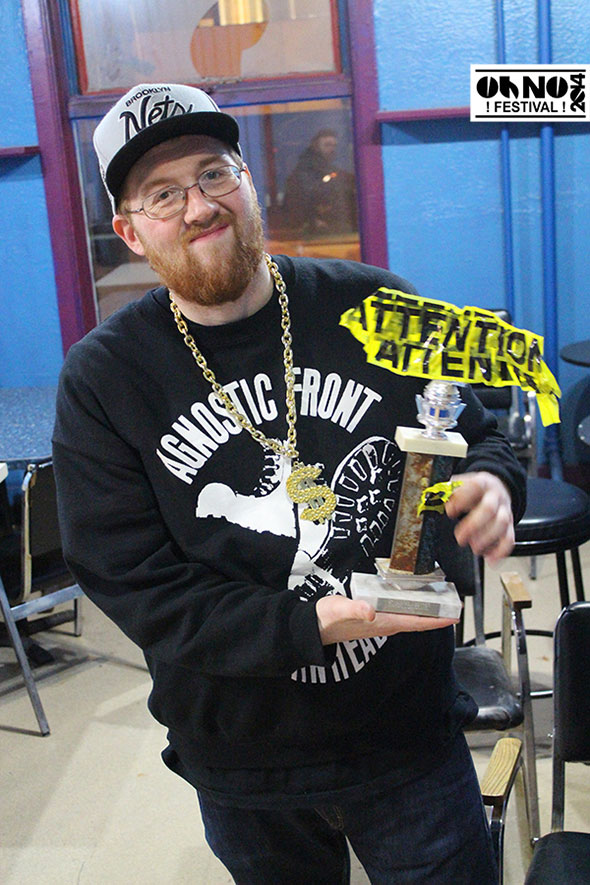 From there there was only one act left – the reason for the season – Mark Sultan. After overcoming some brief kick drum related technical difficulties, the turbaned one put the feedback on high and crushed the dancefloor with his punk-a-billy garage rock snake charming. Hips shook, beers flowed and the room was a screeching mess of good time rock’n’roll. 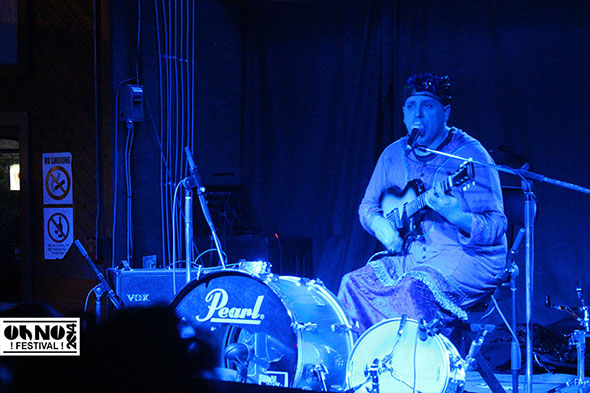 If you’re in the mood to laugh, come on out to tonights O(h) No Festival Event at the ANAF 60 in Osbourne Village. It’s $5 and we’ll be crowning the king (or queen) of OH NO Comedy. $5 – featuring DJ Hartford and DJ’s ack & Quack.