The O(h) No Festival rolled into its second day with a giggle and a smile. We gathered 11 of Winnipeg’s up and coming comedians together to sort out just who should be named the 2014 comedy king of queen of the festival. Runner up in the ‘Best Door or security person’ category, @dawgmanistan put on a friendly face to shake down the regulars for their pocket change in the name of great comedy. 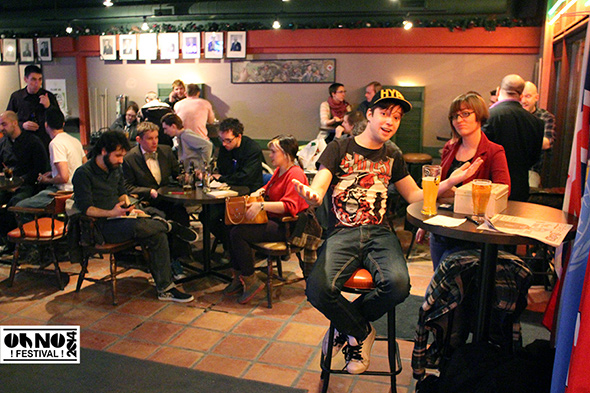 Judges for the night came from an eclectic list of backgrounds. Cody represented the beer and beards angle, as he is an MFHC member who has tried his hand at comedy a few times in the past. We also had DEAFWISH emcee Employee of the month and Rocko Laidlaw – our trusted attorney friend. It was decided that contestants would be judged on the crowd response to their material, with bonus points available should the judge like ‘the cut of their jib’. 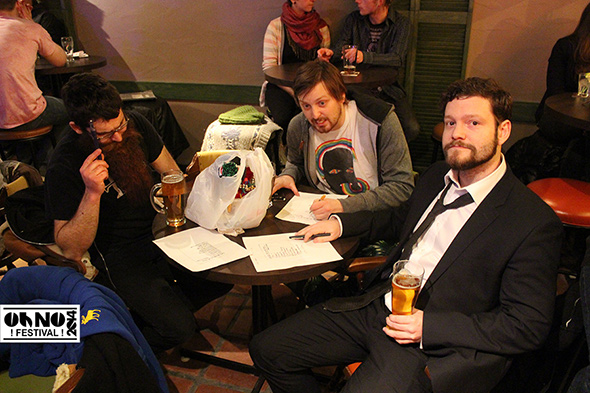 Dan Goldberg opened up the night with a quick set of jokes about his jewish heritage and a couple key remarks about how hard it is to have so many ladies lusting over his fashion and physique. With the capacity crowd coming into the zone, it was time for the battle to begin. 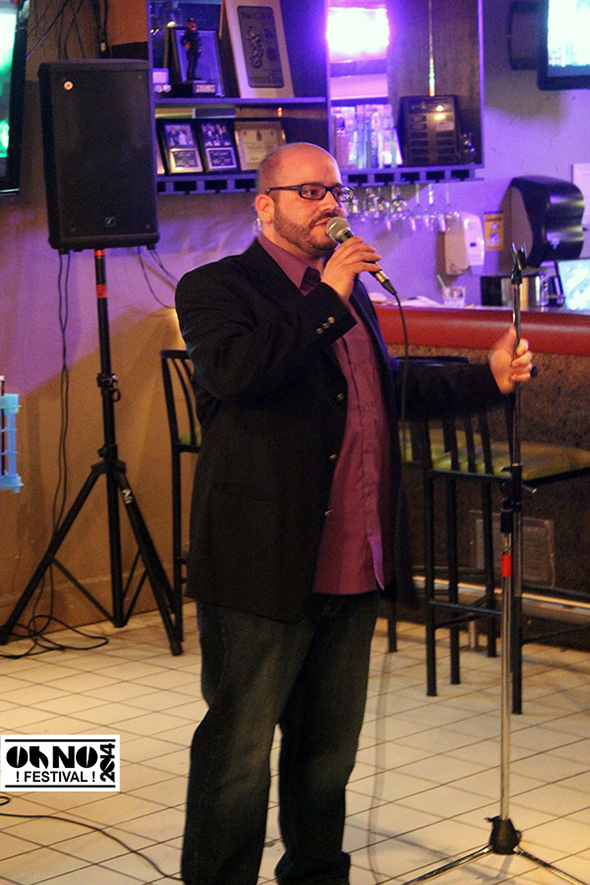 The comics fought fiercely, taking sharp angles about their every day lives. Melabie Dahling lamented her youth, sharing her comedic realisations that she might not understand what it is the kids are into these days. 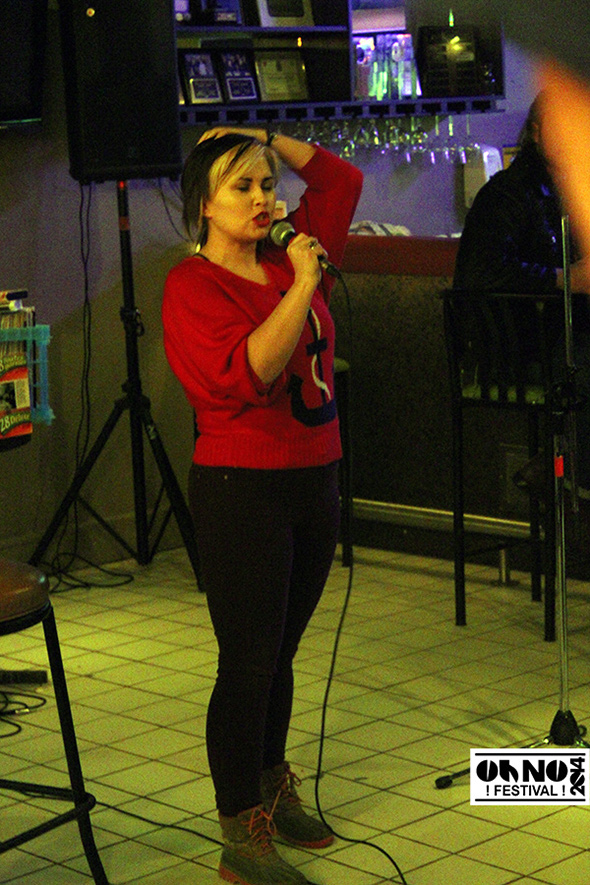 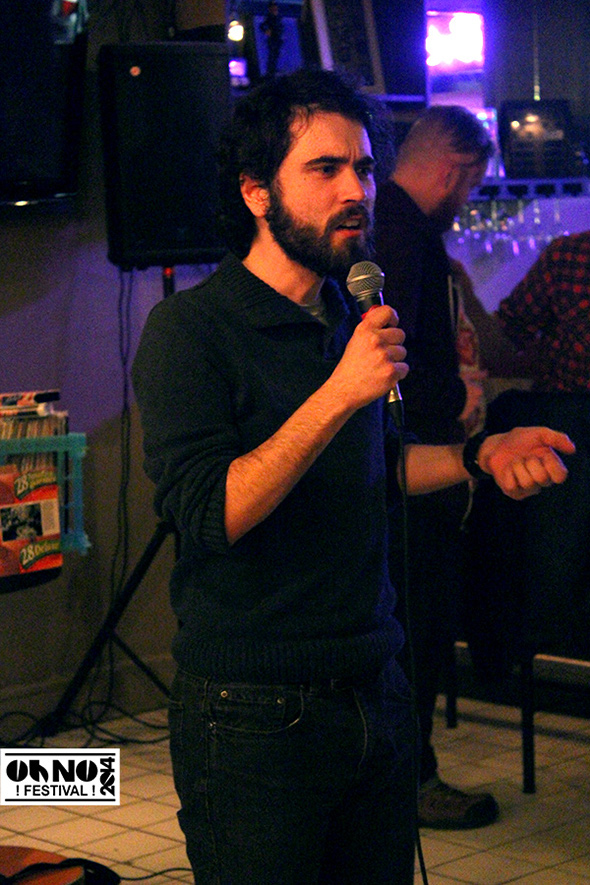 After narrowing it down to three, we held a lightning round and one man emerged victorious. It was a split decision, but Ryan Ash was named 2014 comedy king in a 2-1 vote over jag shots at the judges table. 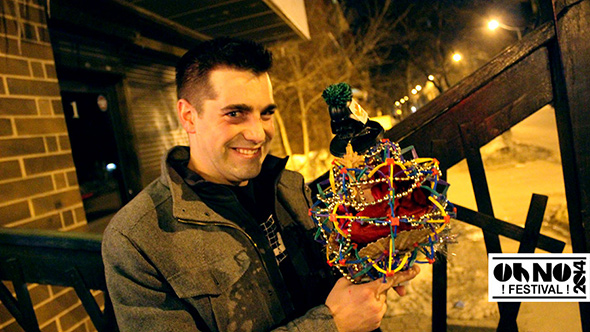 With a new king presiding over the land it was time to drink, dance and be merry. DJ Hartford fired up the VCR and treated us to an incredibly awkward Alyssa Milano work out video. His shirt was the perfect precursor to tonights rock’n’roll pizza party. 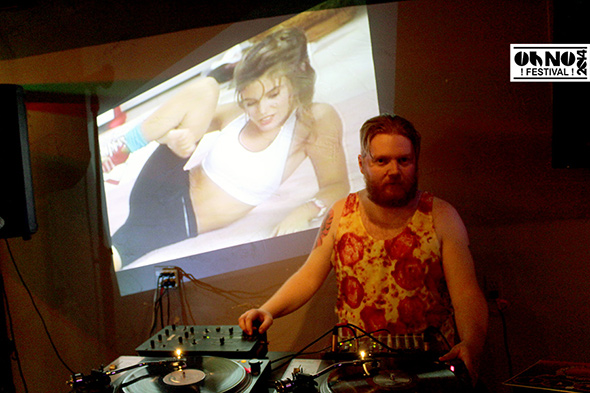 As things winded down, DJ Quack put his heavy flex on, bringing tunes from the mo-town era and crooners by the smiths. Panties melted and singles became couples. A perfect conclusion to the comedy ceremony. 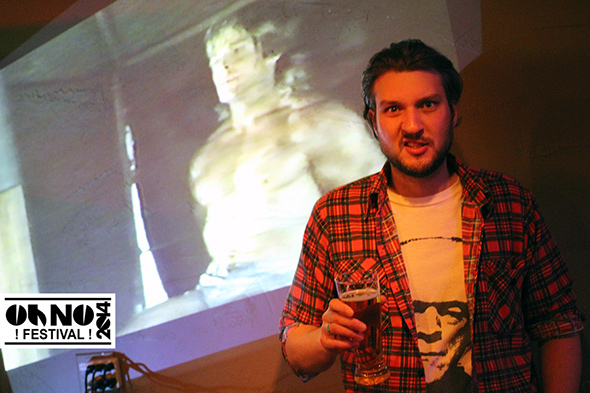