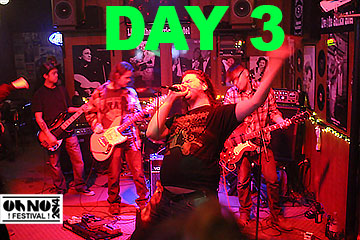 After two great days of the O(h) No Festival how could things possibly get better? We decided to go with 2 great shows in 1 short night to see how it worked out. The Rock’n’Roll Pizza Party going down at the Grave and the Eat’em Up Beerfest foaming up just down the street at the Garrick Hotel.

Here’s how it went down…

Over at the Grave: 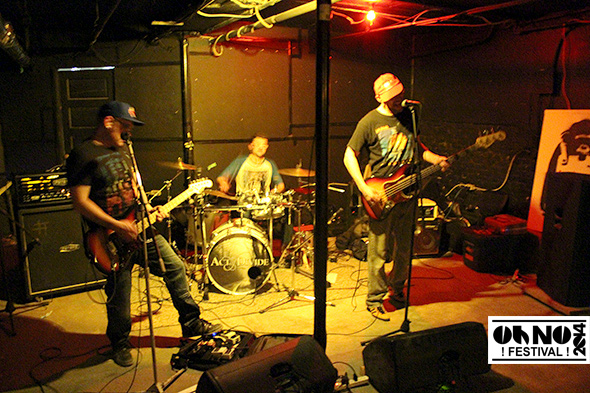 Next up was Spicy Mojo. Guitar player Joey Carlson won the crowd over with some face melting solos and amazing behind the head guitar shredding. 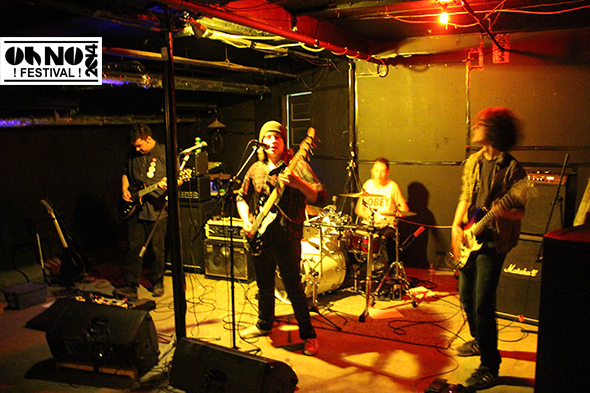 If you’re a music snob, you might find some of their cover choices to be questionable – 1 – 2 – but their talent is undeniable. These fella’s have supportive parents and a lot of promise.

But Where’s the Pizza?
On the roundhouse smelling delicious. 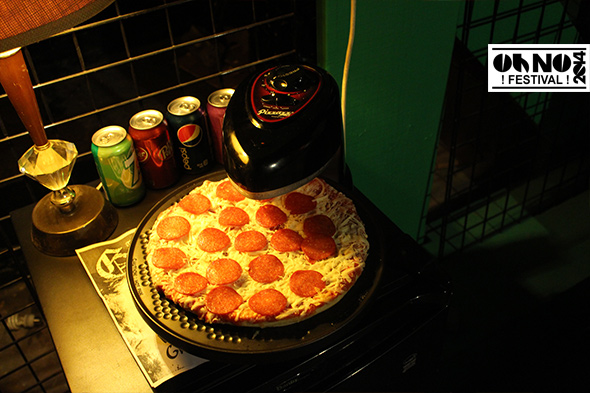 It’s a Rock’n’Roll Pizza Party after all. Turns out that people are sceptical of frozen pizza cooked on a TV pizza oven in an all ages venue. Who knew? Sceptical, as in… the most stoned looking guy in the room said didn’t want any.

With full stomach’s the Act of Divide stepped into the driver seat to put down a set of original songs that reminisced of Pearl Jam – combining a more modernized rock sound. With any luck (for them) it will be coming to a weight room near you in the near future. 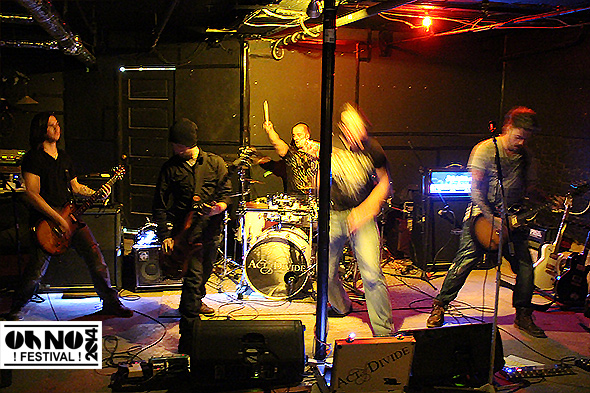 When Planets Align were next to plug in and it tha fuk up ( ! ) If you’ve only heard these guys online, take a chance to check them out live. Their sound is a lot wilder and off the rails than their recordings would lead you to believe. 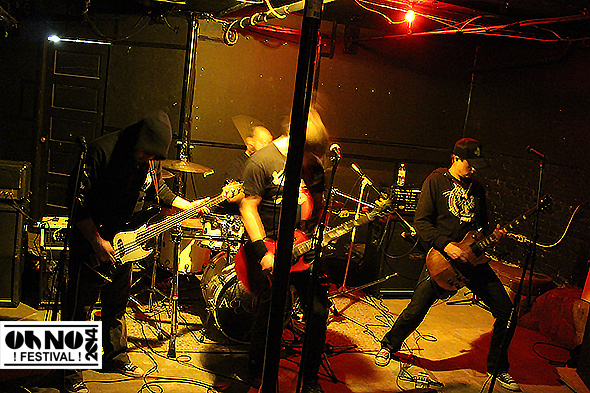 They thrashed, bashed and made an excellent point for Winnipeg being both the rock & river city.

Meanwhile, Down at the Garrick Hotel… 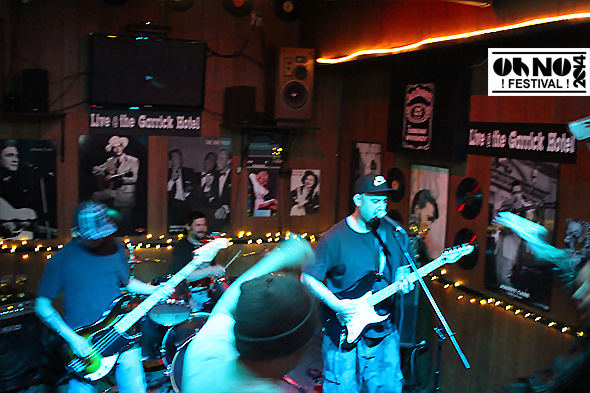 77 Guns were blazin’ the cheap beer part of the festival. Melting guitar solos played with teeth, cagey ex-girlfriends and petty theft ran rampant. It was sweaty and stupid and awesome .!. 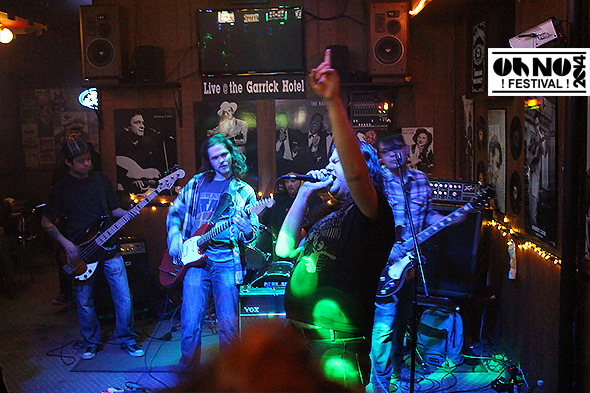 Satanic Rights swooped in to follow, wailing out truths and riffin’ like the devil was about to fly through the wood panels and tell everyone shi~ was too real. Rumor has it that this may or may not be their last show – you probably should have been there.

Things closed out with the Bunk Mustangs; while the notes crooned wet to the inner ear, the bar ran dry and everyone was essentially told to gtfo. Either that or these guys only have 4 songs to play – which is cool, but what happened to this open until 3 am thing? 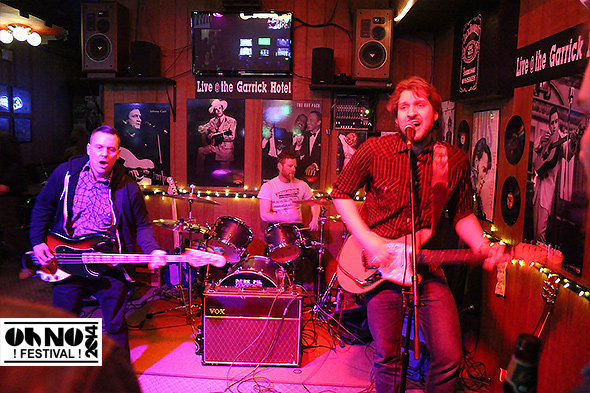 Petty political complaints aside, Day three of the O(h) No Festival showed that Winnipeg has Power chords to reward any person out to live loud.

Know the bands? Got some feelings or whatever? Put em in the comments below.