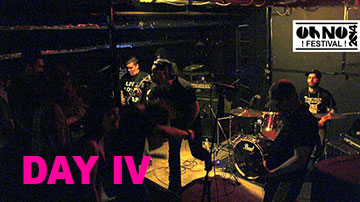 O(h) No! Festival – Day 4 Rekap – More bands than you can shake a stick at

After three days of handing out awards and sucking up Canadian culture we brought the O(h) NO! Festival to a close with a fine line-up of bands that finished with a bang. If you didn’t know that #Winnipeg had an awesome & ecclectic scene before, Saturday made it pretty apparent ( ! ) 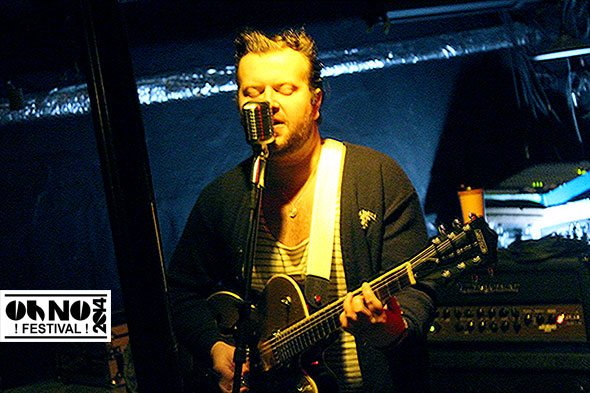 4:30 PM: Greg Arcade levitated from a body crushing hang-over to sweat through a sweet selection of original material and country classics. We all learned a valuable lesson in the power of perseverance.
…..
….
…
..
. 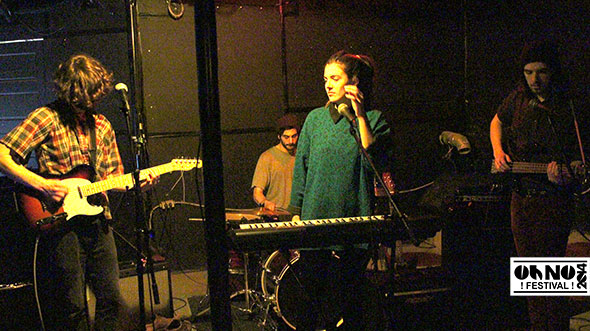 5:40 PM: 80% of The Hours jammed and talked on their cell phones while their singer looked for parking. Fortunately, all was set right when they united for 4 or 5 of their spacey indie pop numbers. Mothers and their children smiled and took cellphone videos.
…..
….
…
..
. 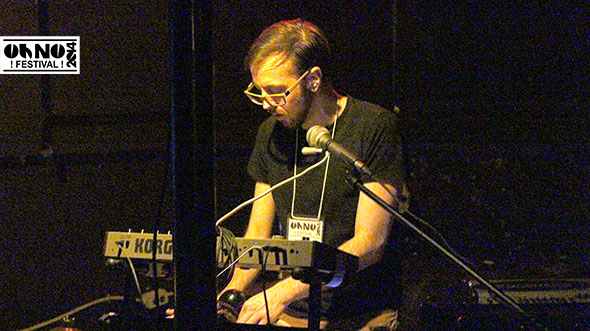 6:16 PM: Aband*nthecar turned up the bass and brought out his insane collection of synths, loopers and other instruments. The disco ball spun slowly, couples canoodled and singles made awkward eye-contact. The day was still light, but the mood of the room was heavy and rhythmic.
…..
….
…
..
. 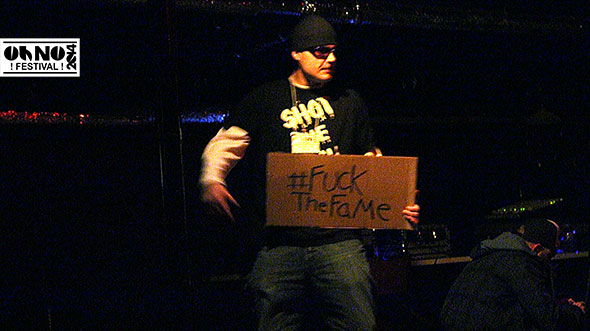 7:15 PM: Khan Vikshyn and his boi Daily dropped a quick fifteen that put the beats back in the rap game. Khan spit syllables about life as a broker rapper and Daily shook the sign that summed up the reason we were all screaming O(h) NO! all week.
…..
….
…
..
. 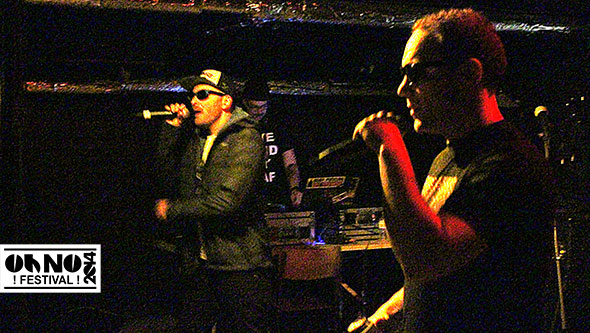 7:43 PM: $WAGWAR showed up smelling like invert and emulsified the room with this his speedy spittin’ about the life of a man who drills for cash outside the dope game. Fellow DEAFWISH emcee the Chivas Brother backed him up and bobbed through the crowd to get the room moving.
…..
….
…
..
. 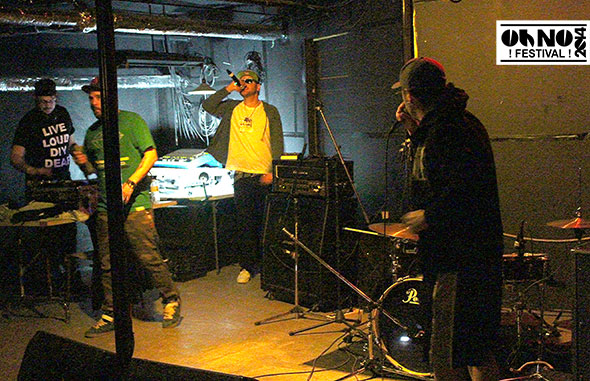 8:21 PM: Chivas & Kream picked up the wireless mics and went to work, busting out tracks from their debut full length, Secret Ingredientz, and some new material pontificating on the similarities between hip hop and punk rock. Steveo the Original and Employee of the Month also swung through to slobber out a few guest verses.
…..
….
…
..
.

9:07 pm: With the rap portion already processed through everyone’s ears it was time to set course for distorted rock’n’roll. Beefdonut and his ensemble cast of local talent blurred in and blasted out a bunch of gritty tracks off their latest record, Famous for Quality. Upon finishing their set, @yocvo presented band leader Joel K with the O(h) No! Award for Best Merger of Music, Pastry and Beef. 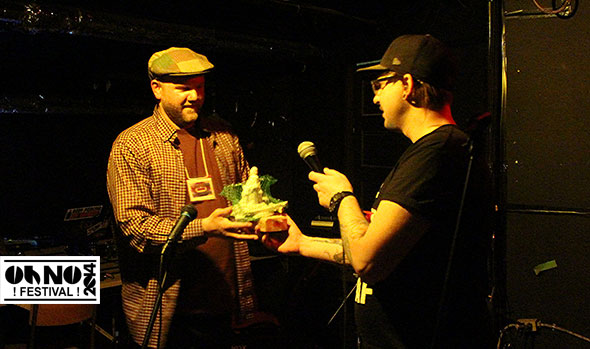 Emotions ran high, but Joel kept it together to thank things and move his sights to someday becoming a regional semi-finalist in the CBC search light contest. Best of luck guys!
…..
….
…
..
. 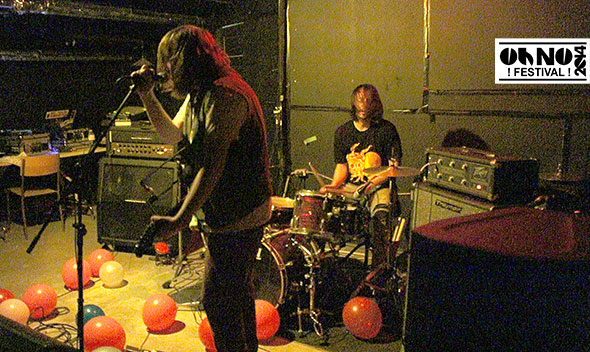 10:17 PM: With the tone of the room firmly set back on supercharged sounds Vampires took the stage. Accompanied by a bevy of balloons that just kind of appeared out of nowhere the boys pounded out a set of smooth sounds to spit and pound beers too. Vampire black magic is suspected to have been in play.
…..
….
…
..
. 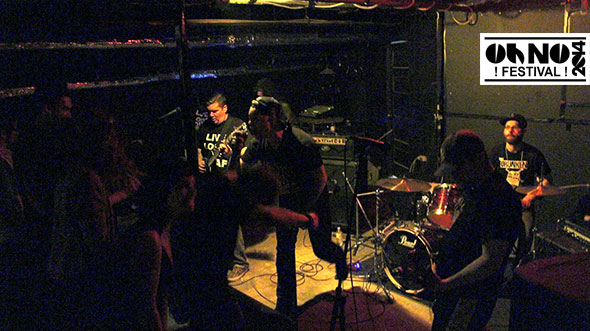 With the teary eyed acceptance speeches out of the way Bear Fight went on to riff, chug and pummel the festival to its finish. Dances were danced and balloons were popped in perfect ending to a long day of amazing local music.

We’d like to take this opportunity to thank the MFHC for all the help keeping things running smoothly. Also a big shout out to the friends, family and fans who came out to support. Hopefully you heard a few songs you didn’t know you liked and looked up some of these bands when you got home.