For over 20 years Gob has been kicking around the Canadian music scene and playing festivals throughout the world. While we’ll admit that we’re not the closest followers of the band; it was a bit surprising to hear they had new music since their last album, Muertos Vivos was over 7 years ago.

This track (which apparently came out in April) entitled – Cold – was brought to our attention by Steve from SmashitUp Radio. It’s off the upcoming record called Apt. 13 which is available for pre-order on iTunes.

These guys have swerved all over the guitar based landscape since their inception. They kicked it off when skate punk was a thing, veered through hardcore / metal then slid into home around alternative rock. It was hard to say where this track was going to land on the musical map.

Ever heard of Alkaline Trio?

We suspected that Theo was behind the latest suit change so we had our forenstink science team do some recon work. The warning sign is easily missed in the photo above, but with some lighting adjustments it was clear: 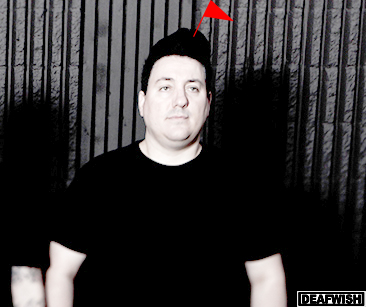 A pompadour had attached itself to the band.

Based on personal observation and little historical data it’s been made clear that bands like Alkaline Trio are a gateway to rockabilly. The hair is slick and the tempos are turned down. This track stands as a bad omen for the bass player of Gob. It is now his duty to buy an upright bass and start practicing so he doesn’t get tossed when Theo convinces the other to make a full jump.

Haircuts aside – this track is a catchy pastiche to a genre that still has a fan base. Perhaps Gob will stand to reign to break the Billboard 200 once again. Any band that has managed to adapt and survive for this long stands a good chance to squeak one more face-lift.

Who thinks they can pull it off?

67%
Summary: Canadian veterans Gob bounce back with a slicker sound and some lyrics for the ladies to latch on to.
DEAF THREAT - 67%