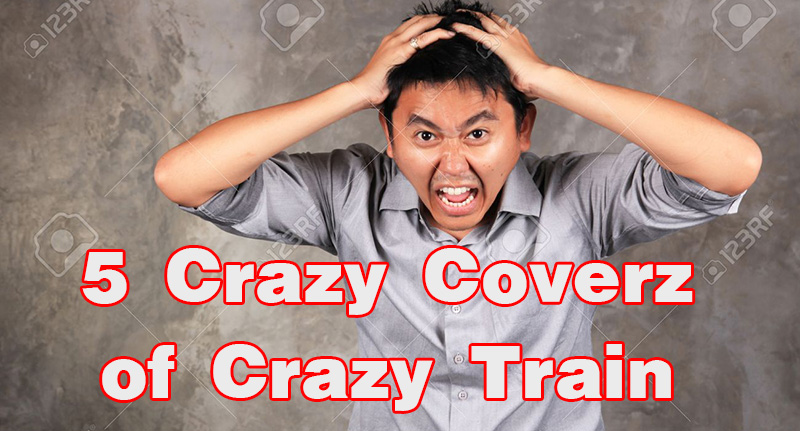 The world is going through crazy times. Donald Trump is leading the polls for president, Iran is gettin’ nukes and the cruise ships are burning. While Leonardo DiCaprio trys to keep us all safe with a gaggle of models, we’re providing the best five versions of Ozzy Osbournes classic “Crazy Train” to help you pass the time while the world wastes away.

Pick yer favorite and post it in the comments below.

We’ll kick this one off with something in the vein of the Langley Music Schools Project because sometimes you got to show the kids you’re not just some old jazz hack in a polo shirt. You like your junior high band music at 11.

This version features Mark Wood. Don’t know who that it?

This is the only picture you need.

Hollywood needs niche entertainment to keep the Adderall fueled gin parties palatable. Enter Metalachi – a combination of… can you guess it… metal and mariachi ( ! ) Mucho horns and folk shreddery.

The Harp Twins – Because Harp

We’ve included this Harp Twins cover of Crazy Train on the site before, but no Crazy Train post would be complete without these two lulling us into absolute insanity.

It wouldn’t be a craaaayyy cover round-up without a little kid playing guitar better than most kids twice his age. Here’s mini-mohawk Ryan Watson and his band living out their Ozzfest style dreams. Guitar wise, the kids got it, but he’s gonna need to pick up a vocal coach to take this act to the limits.

No one gives a shit about a burnt out child star.

From Denver Colorado, the Railbenders pull in with the late night in a neon saloon version of this Ozzy Classic. The distortion has been clicked off and terror has been traded in for that down home country twang. Crack a piss warm Coors light before you press play on this one.