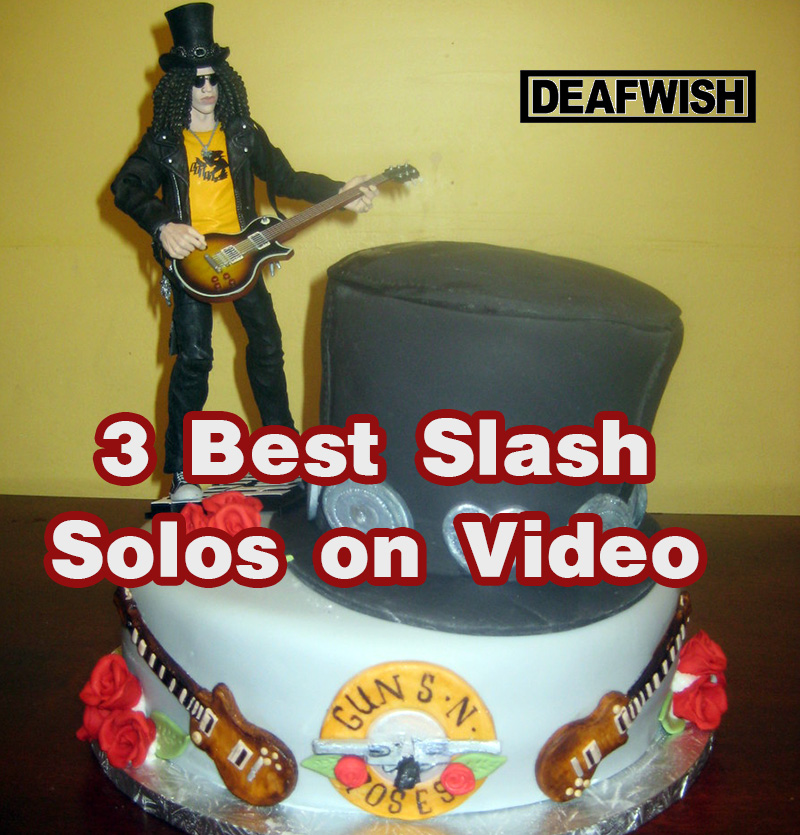 Did you know!? Former Guns and Roses axeman and living guitar legend Slash turned 50 yearz old yesterday!! To pay tribute to the triumph of age over functional alcoholism, we grabbed three of his greatest guitar solos ever committed to film for you to enjoy.

The Helicopter Shot Outside of the Church Guitar Solo

This is by far the best part of the video. A beautiful marriage of music and the early 90s rock stardom that can command a helicopter for a music video. According to the wikipedia article, they spent as much on this clip than the entire budget for Sharknado.

The Raised from the Dead, Walk on Water Solo

There has been 2 famous figures that have walked on water. One exists today and the other probably never existed at all. This video cost 4 million dollars and all they got was a bunch of AXL psychobable bullshit, dolphin swimming and this miraculous guitar solo.

The Piss of Micheal Jackson Solo

This clip may or may not have been staged. In fact, it seems like it starts off as staged, then drifts into an ego sucking reality Micheal Jackson doesn’t like one bit. Rumor has it that Slash choosing to tour with MJ for free is what broke the Gunners up. Slash denies it. Either way this sloppy, meandering solo is a pinnacle of rock’n’roll.

Did we miss something? Drop your fav guitar Slash Solo in the comments below.