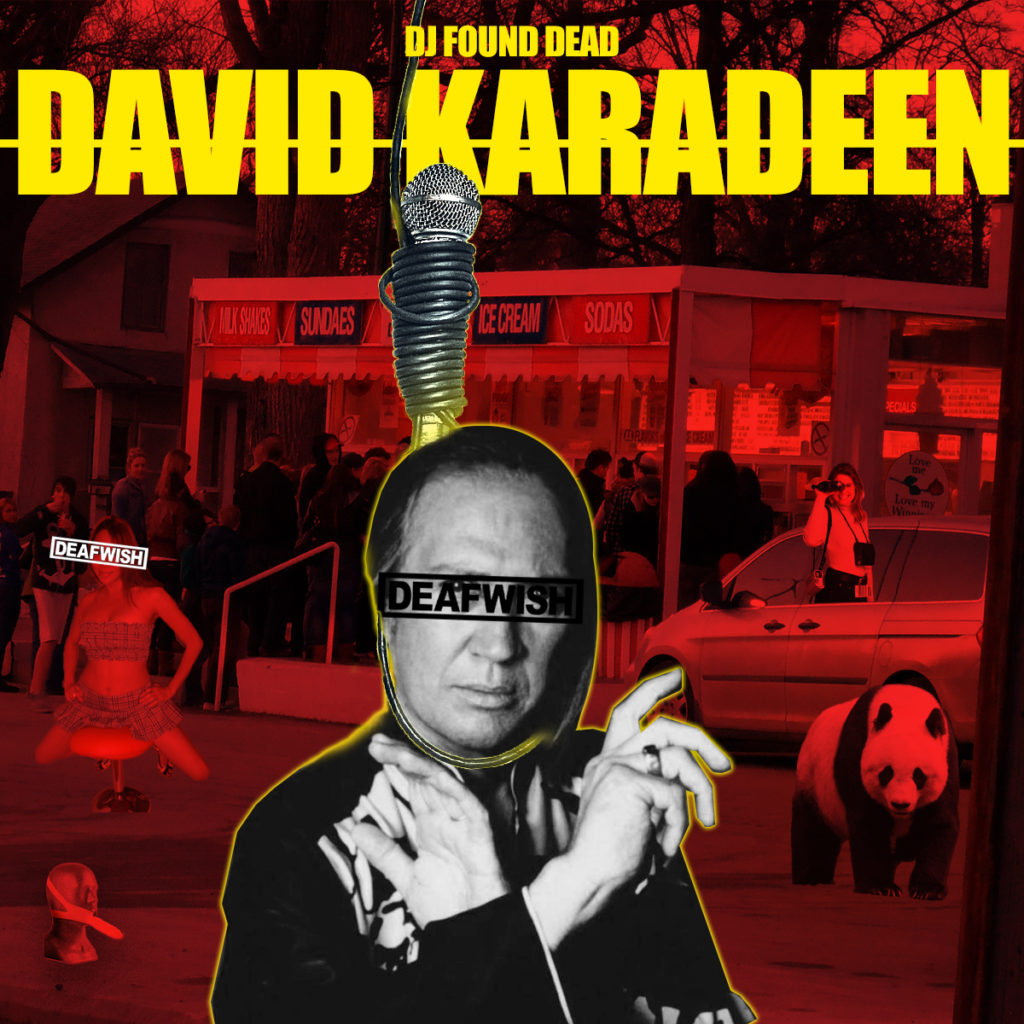 DJ Found Dead is back with an emotional 2 track release entitled David Karadeen. Dropped to coincide with the anniversary of the famous actors death, the title track examines feelings of self doubt and drug fuelled perversion. The B-side is a remix of Chivas and Kream’s anthem Northcoast Prayer, which was track 16 on their LOUD! album – released earlier this year.

The artwork stays true to form for Found Dead, featuring a microphone noose, a thai prostitute and Winnipeg’s family famous BDI Drive In as a backdrop. A video has been confirmed for Northcoast Prayer, so stay tuned for that. In the meantime, give these two numbers a listen and leave your thoughts in the comments below.