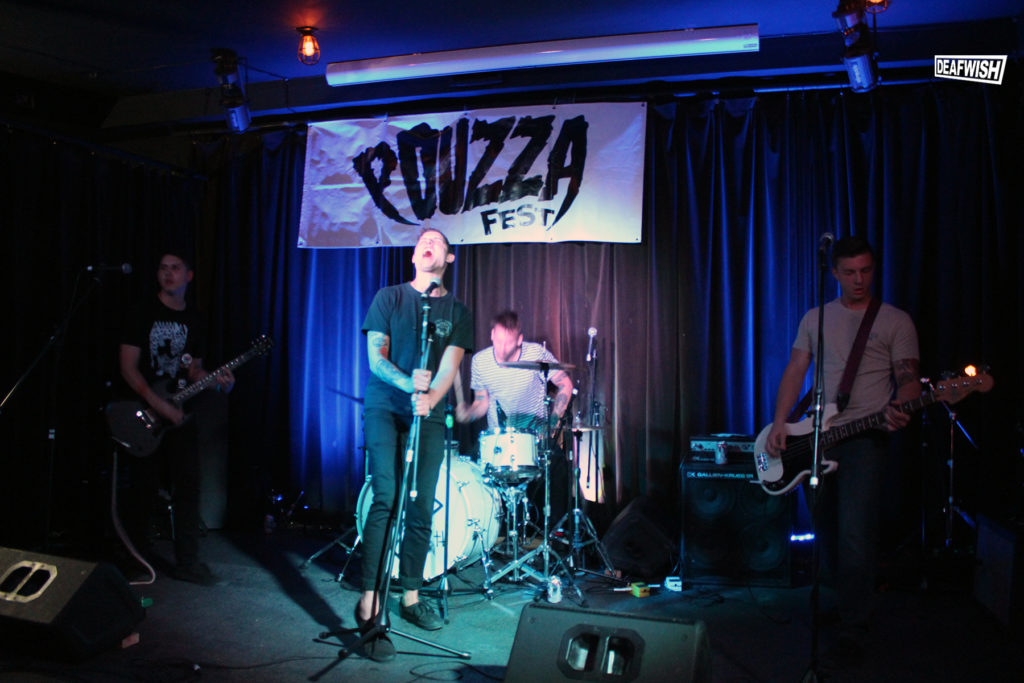 Saturday at Pouzza Fest 2015 at Bar l’Exit. Despite the kinda trashy exterior, the venue is a actually pretty nice on the inside. Still bloated from PBR overload, I opt for a pint of something not PBR. The crowd is pretty scarce, there is a couple girls with the band and a guy promoting some music review app that looked so shitty I won’t even mention its name.

I’m here to see Dead Precedents from Ashbury, New Jersey. After milling around, trying to stall until more people show up, the guys get into it and deliver the the gritty, Bronx-esque hardcore I came to see. Press play on the player & take a peek at my pics.

These guys brought the pain. I’d recommend checking them out in person if you get the chance.