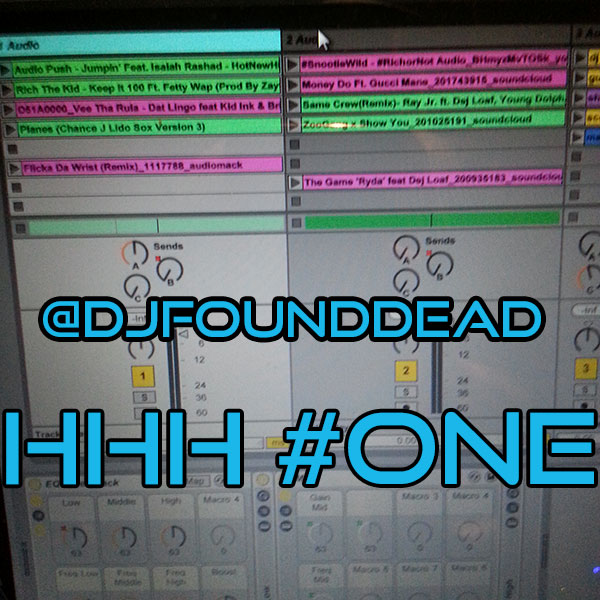 The other day I realized that I’ve been keeping myself wrapped in the warm familiar blanket of songs I already know and like. With summer making its entrance, I thought I’d venture into hot new territory for my headphones and grabbed a bunch of tracks from Hot New Hiphop. So here it is.

This mini-mix started off as 10 songs, but I cut 2 while putting it together. Flicka tha Wrist hit the kitchen floor as I was exhausted by it before it even made it in the mix. If you haven’t heard it yet, it’s the club replacement for In Love with the CoCo.  The Game also got the axe. I like the Ambitions as a Ridah the sample, but the disco style vibe just didn’t slot in anywhere. Dej Loaf still made her appearance though. I didn’t realize until after that there were two Jeremih tracks on there, so look out for that kid if ya ain’t heard him.

The ever crabby red scarves over at Air Canada were kind enough to decommision my DJ mixer on my last flight to Montreal, so I did this mix in Ableton live instead of Serato. Feel free to comment on the spots where you hear me fu_k it up.