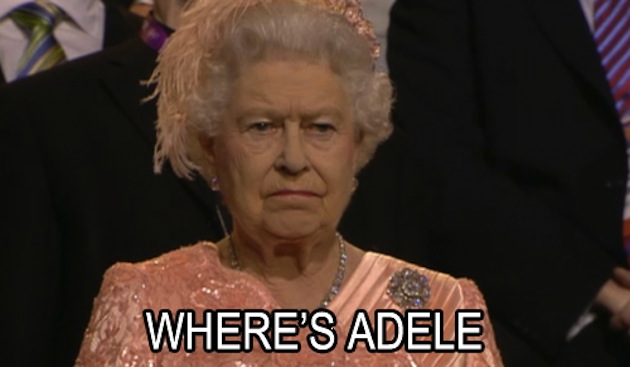 Prepare for the New Adele with These 6 Fan Cover Songs

It’s true, the “fank you”  lady of three years ago is returning – so we thought we would help remind you who Adele is through the vast collection of fan covers of her songs available on YouTube.

To kick this one off we’re going to go overseas, where the factories of Shenzhen have produced a goose bump raising clone that will shake the cheese outta yer crooked teeth.

Count on the midwest of America to bring you a metal version that only a tightly bound goatee could provide.

So heavy it can only be played on an acoustic guitar with a fuzz pedal.

So fucking heavy [brah!] that they let Jonathan Davis from Korn inspire of the vocals.

Anyone who thinks we defeated nu metal can use this clip as inspiration for why we need to raise $400,000 for smallpox blankets to be sent to the Ibanez AX 7  owners list.

All I can say is awwwwww… that’s cuter than kittens doing things for the first time.

This unique rendition of Adele’s track from a James Bond movie – Skyfall – is being done by the Russian Army choir on what appears to be a morning chat show.

What this version lacks in raw vocal talent, it makes up for in its ability to break your knees, cut your testicles off and ram them down your throat in the battlefield.

No mix of celebrity cover songs would be complete without someones god damn kid doing a version of one.

This one comes courtesy of Connie Talbot, a (then) 11 year old who first made waves at age 9 when she was on one of those fucking singing shows.

Her version is OK, but her sound tech should be fucking fired.

There IS such thing as too much reverb.

Now that you’re now well versed in the world of Adele, we will close down with everyone’s favorite type of cover – the drum cover.

After searching through the tube for the good shi~, we settled on this one by Isreali drummer Omri Yossef for three reasons:

So there it is in all its glory for people who aren’t drummers to totally enjoy having the drum tracks way louder than everything else as is tradition.