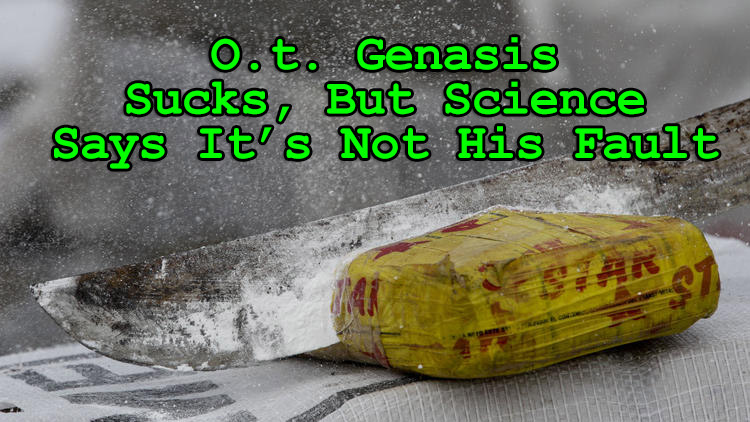 The New O.T. Genasis Sucks, But Science Says It’s Not His Fault

Were you in love with tha Co Co?

Well the man behind it – OT GENASIS – aka Odis Flores – aka the guy with all the baking soda is BACK BAYBE.

The track is called Ricky. It’s not great. But according to the LA Times, Cocaine often leads to bad decisions.

This track is easily explained by one of the researchers cited by the LA Times article:

“They don’t learn from it,” Parvaz said. “They go back to the drug.” – Dr Parvaz, LA TIMES

More of the same shi~

It’s not great, but with the right lean on it’s good enough……