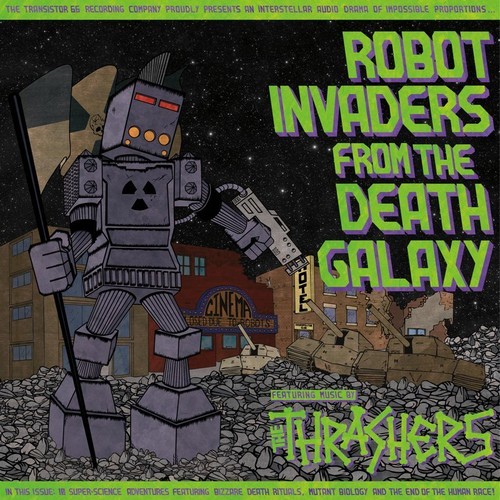 The Thrashers – Robot Invaders From The Death Galaxy #listen

Winnipeg based surf-punk titan’s the Thrashers have emerged from their underground party bunker to warn the world of impending doom with their new album Robot Invaders from the Death Galaxy. Recorded locally at Collector Studio, we’ve got the title track for you to crank up and smash your living room lamp to.

Give it a listen…

Information about the Death Galaxy and its robot inhabitants has been guarded extremely close. But according to Paul Hellyer the robots appear determined to wipe out all traces of life. Extinction or assimilation are the only options. There have been reports of metallic debris on the outskirts of our solar system, offering hope to many that it may be possible to damage or destroy these robotic beasts.

Want to be prepared for the imminent alien invasion? The Thrashers are holding an information session / rock’n’roll concert on March 28th at the West End Cultural Center. Check the official event page for more information.