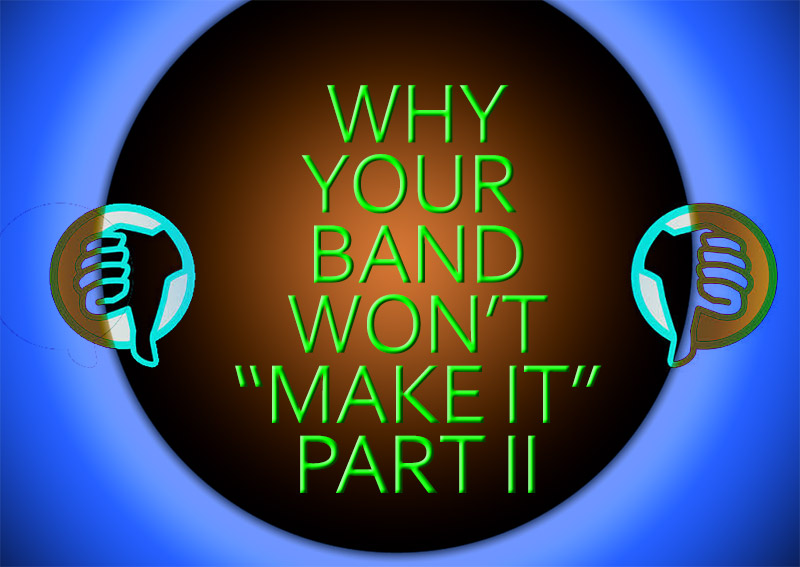 Since we fell a bit behind on the weekly posting we’re setting up a double shot ( ! ) Our resident guitar dad reminds you of two more reasons your shitty band isn’t going to “make it”. If you’re too out of it to read part one, check it here.

If I were asked by an aspiring band for a piece of advice, it would be “quit”. If I was feeling a little more forgiving; “scale back your time investment to the point where your band related itinerary is similar to that of a beer league softball teams schedule” would be my answer.

If they still insisted on getting advice, after a completely unwarranted and mean spirited outburst from a drunken 30 something stranger with minimal musical credentials they inexplicably asked advice from, I’d say “You’re wasting your energy on the wrong things.”

Lavishly worded band bios and expensive band photos gave the illusion of credibility once upon a time in the days of zines and the early internet. Now, people will click on your song and realize instantly that you’re a terrible, terrible musical entity and then laugh at all the work you put into making yourself look impressive. 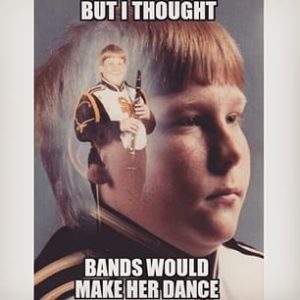 Read the below “Bio” stolen from the first band on the first page of Sonicbids – a site I just discovered existed this morning but I assume is ran by terrible start-up IPO type people, who can’t wait to snatch whatever paltry money your music is generating from your pocket, under the guise of marketing.

Back to this bio…

I’ve actually heard of this band but I’ve never listened to them. Let’s go ahead and assume they’re awesome.

This is how bands attempt marketing. It is ridiculous:

The story of _____ begins as honestly as their music. Friends who met through a local jam-night, and began forming a bond over their love of music and the Great Canadian landscape.

There are so many things to give zero shits about in this (or any) bio, but

Since their inception, the ______ based “stoke-folk” band, have garnered themselves sold out shows across Canada, performances at some of the premier festivals, and a growing list of awards and recognition from across the nation. This journey has already been quite a feat for an independent band nestled deep in the Kootenays, but for the indie-rockers and banjo-lovers that follow the tracks of _____ – they know this is just the beginning.

Bio Writing 101: Tons of ambiguous statements fruitlessly trying to describe some level of success, because let’s face it – you haven’t heard about ANY of the shit they’ve accomplished.

“Growing list of awards”, “some of the premier festivals”, “They know this is just the beginning…”

If I was on a first date, having a glass of wine with a lady whilst describing myself and mentioned that I’ve “succeeded in my life ambitions” and “have a growing list of accomplishments I’m quite proud of” and that “this is all just the beginning for me” she’d instantly assume I was full of the same shit your band is.

“_______ are preparing their 3rd album, which will be recorded in June 2014 – and there’s no doubt that the new material will again demonstrate their signature clawhammer banjo riffs, layered ambient synth, powerhouse rock, and sweet vocal harmonies. While many artists may struggle to capture the energy of a live show in the recording studio, for _______ – that energy doesn’t only exist on stage. It’s a part of their craft, and while they may resemble laid-back BC ski bums – their music is as high-voltage as it can get, and that translates perfectly onto an album, or a packed dance floor.

I know as a band you’re supposed to try and paint a descriptive musical picture with your verbosity for some reason, but why in heck are we still indulging this pointless exercise?

Is it because music marketing sites still have bio sections and just slamming “FOLKY PUNK DISCO BAND” in that entry box makes you look dumb?

Let me tell you something… 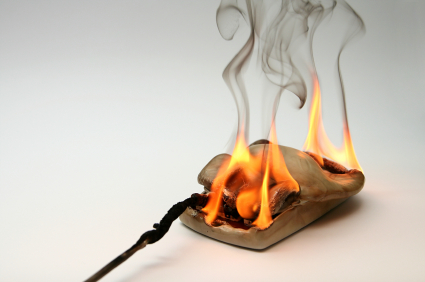 I’d click it many, many times before I finally clicked the one that takes 12 sentences to get around to telling me something about ‘layered ambient synths’ mixed w/ ‘clawhammer banjo’. Did you write this on a fortuitous coffee date where you all realized and mutually agreed that mountains are pretty?

This bio hit most of the classic bio notes. I’m disappointed they don’t hit the “listing the credits of our producer and engineer” note, because that my friends, is small-town band gold.

I remember 19 year old me being specifically impressed when a punk band I shared a bill with from Oshawa ran me their 5 song EP and it was produced by the guy who did a Headstones record. I know because it told me this right in the liner notes. I’ve sobered up a considerable amount since then and 30 something me wonders why the hell you’re listing the producers credits on your fucking album sleeve.

Or what should be known as “photos of you and your buddies trying desperately to look cool and wear the appropriate band guy costumes for your genre.” 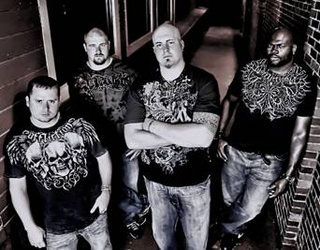 Before taking band photos, make sure to ask yourselves a few key questions:

Lets hire a photographer so they can document just how fucking cool you and your band mates are. 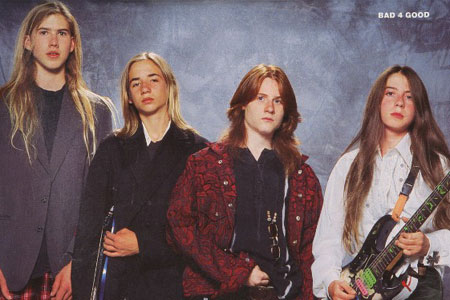 News flash dummy – bands aren’t hired or booked for tours based on how cool they look or how well written a bio is. That’s a stupid idea and you’re stupid for thinking it. No one cares how handsome you and your friends interchangeable bearded faces are. You’re not special snowflakes poking out of plaid shirts in a sea of interchangeable band dudes.

When the world was filled with mystery and all you knew about your favorite metal band was them looking evil as fuck on the back sleeve of their record, band photos were key. You built an idea of what these dudes were about based on what they looked like.

Sometimes it scared you.

Sometimes it looked badass and you wanted to emulate it.

This was important at the time.

The internet has ruined this, as it’s ruined most things that were cool about music, so fucking evolve you Neanderthal. The mystery is gone folks. Your band photos do nothing but serve as at best a visual representation of where you should be filed in the iTunes store to be forever ignored.

Your only recourse is to practice more and write better songs so you can fail with some dignity like a grown-up. Just skip the photo shoot because…

A friend of mine, who is definitely not me, toured in a band for a while that had some crippling drug issues. As a result they pretty much assumed that anyone in their presence was honored to be there. They were humble guys normally but chemically altering the brain can do some wacky things.

There was lots of rolling around the countryside with a wildly inflated sense of self-importance, cruising into gas stations in skinny jeans and fueled by white powder and road rockets. They didn’t spend enough time writing songs. But they looked fucking cool.

Well, until they looked like they were bloated and dying from trying to live up to an expectation that absolutely no one had of them.

“Making it” as a professional rarely involves impressing everyone w/ how drunk you can be in the field.

Why do you think music is an exception?

Orrr maybe wait until after the meeting with that dude who showed up at one of your gigs and accosted you with a business card and the promise of fame and fortune.

That’s all science for today kids. Come back next week when Danny drops a bit knowledge on why yer doomed in this game called music. Feel free to share your thoughts in the comments below or share this article with a friend who’s delusional.