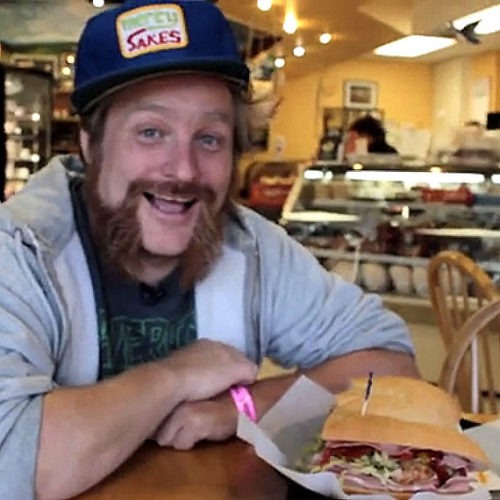 According to our Facebook feed – self proclaimed “failed showman on the skids” and unpolished national treasure in the queens crown B.A. Johnston is celebrating a birthday today. No word on how old he is, but given his lifestyle choices, his bones should be feeling in their early fifties.

He’s currently back his mother house in Hamilton, Ontario preparing for his upcoming “Gremlins 3 – Don’t eat ’em after Midnight” tour. With the corndog supply dwindling, expect to see him at a Tim Hortons near you sometime soon.

If you haven’t had the chance to embrace the miracle that is this modern day Stompin’ Tom you should check the list of tour dates below and make sure to see him when he raids the fried chicken joint in your hometown.