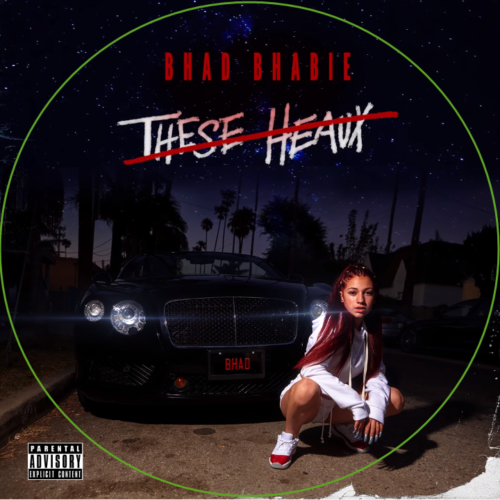 #LISTEN: BHAD BHABIE (aka Cash Me Outside girl) – “These Heaux”

Danielle Bregoli, the teenager who made waves by treating her mom like shi~ on national TV, is trying to transform herself from the “Cash me outside… how ’bout dat?” girl, to Bhad Bhabie – rapper.

Her team telegraphed the move back in February when they dropped the Official Cash Me Outside video featuring a trapped out beat and some decent vocal edits.

Bregoli was linked to some pretty big names when news of her musical aspirations first broke. This 2 minute clip features her rapping for the first time, but the production team is not credited.

As you can see in the artwork, she is officially outside.

Give it a listen and let us know what you think.

If you’re curious about Danielle’s musical tastes – watch this video where she reacts to different music from the past 30 years. She’s really down with with T-pain and talks shi~ about Big Sean.

72%
Summary: Dr. Phil's lil filthy mouthed friend drops her first single and it's soundcloud quality. Expect it to hit hard with ironically hip and the kids under 15.
DEAF THREAT - 72%