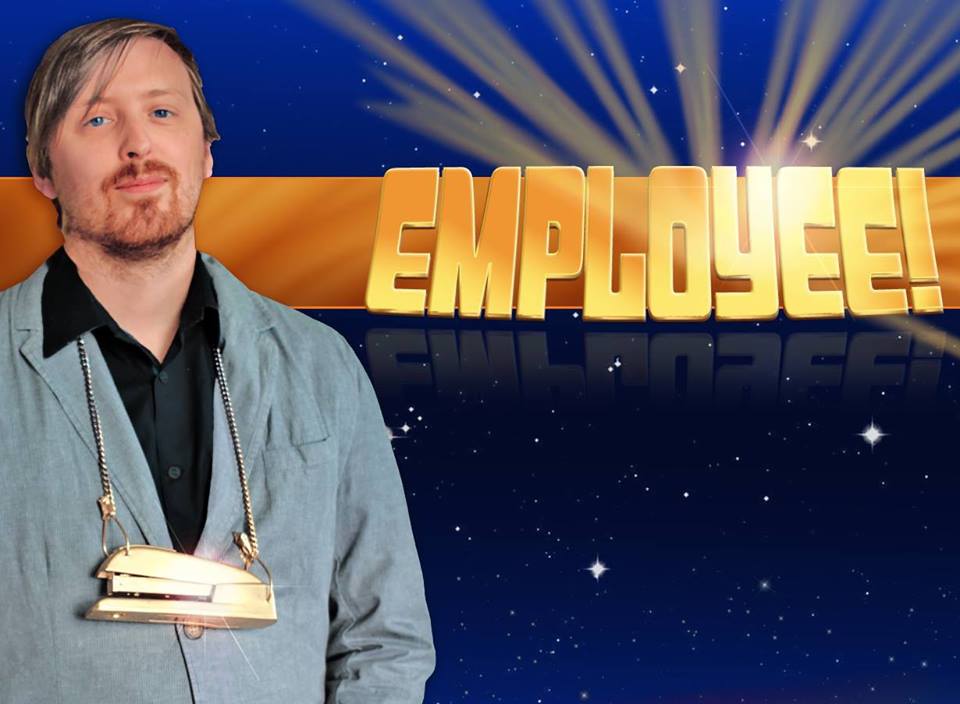 Employee of the Month is a rapper who specializes in Team Building Office Rap.

Not your typical manager or team coach, Employee raps about the stories that aren’t normally told. When he’s not doing peer reviews he’s spittin’ old stories of sexual harassment and how amphetamines and overtime go hand in hand.

He’s been rapping for a lot of days and is now set to help motivate and inspire Employees around the world. Plan for higher productivity and Million Dollar man profits.

Employee of the Month will rap at your Office Christmas party, then throw stacks at the silent auction!

Currently Employee is working on his new mixtape, entitled FOREVER XXXI, to be release sometime in 2014. Stay tuned to the feeds and make sure to follow him for more details.

Employee of the Month #Music #Videos

#LISTEN – Employee of the Month – Thunderslutpunch